Would you like to switch to the accessible version of this site?

Don't need the accessible version of this site?

So many options exist to help people achieve a comfortable, aesthetic smile. As a restorative dentistry practice, our team is highly educated and qualified to rehabilitate smiles and help our patients regain proper oral function and beauty. A consultation with our doctors can help you determine the type of procedures that are best for your unique situation. This might be a few simple fillings to a full mouth Smile Makeover. Your doctor will make sure he understands what you desire and then will be sure that you understand fully all the options available. If needed, he will prepare study models of your mouth that will show you what your smile will look like after the recommended treatment strategy has been completed. Your input is vital through out this process so he will always discuss your needs and preferences.

In the past, a filling was placed in a tooth for one purpose only – to fill a cavity caused by decay. The fillings of that time were black. They were made of an amalgamation of silver and tin, a few other metals, and mercury. Hence, they were called amalgam fillings. All those metals have some properties that are known to be unhealthy for humans. Although the American Dental Association and many independent researchers determined that the health risk of amalgam fillings was minimal, the worry that they were harmful persists. And, they are ugly! At Modern Smiles, we simply do not place amalgam fillings.

The fillings we place at Modern Smiles are highly advanced composite materials. This means they are resin (plastic) based and the research that has been performed in their development goes back over fifty years. They are stable, safe, and effective. Where the old black amalgam fillings lasted a long time and had only one use, today’s composite fillings can be used not only to fill holes from decay, but they can be used to make many smile-enhancing, long-lasting cosmetic changes. Composite fillings have been shown to be non-cancer causing, healthy alternatives to amalgam.

One of the problems associated with amalgam fillings was their tendency to crack teeth, resulting in the need for crowns. This was because amalgam fillings had to be wedged into teeth. As the teeth flexed and were pounded on by the chewing and grinding, tiny cracks formed over the years that slowly coalesced into larger cracks until the tooth broke. Todays fillings give and flex with the tooth and, because of their chemical bond to the tooth structure, actually help to prevent cracking – actually gluing the tooth together, making it stronger! 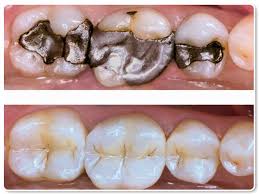 And orthodontic changes without braces 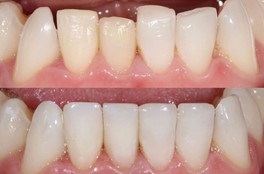 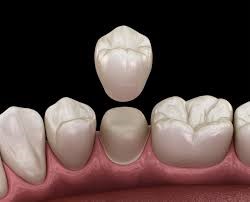 If you have been told that you need a bridge, it is because you are missing one or more  teeth and you have elected this option rather than choosing a dental implant or a partial denture. It could also be that neither of these other options are available to you. A bridge is exactly what it says. If a tooth is missing, a bridge “bridges the gap between the teeth where the tooth is missing. The teeth on either side of the gap are prepared exactly the way a tooth is prepared for a crown and an impression is taken. The impression is sent to the laboratory and the lab will make the bridge which will consist of crowns on the teeth on either side of the gap and a false tooth or teeth attached to these crowns. The laboratory will return the case to our office and you will be asked to come in to have the bridge put in your mouth. You will be shown how to care for the bridge as well so you can expect your bridge to last for many years of chewing! 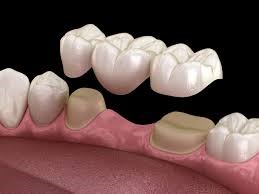 Sometimes the doctor will recommend veneers for a patient who has significant issues with his or her front teeth. Usually these issues include aesthetic concerns (such as short, blotchy teeth that will not bleach well) but other times it is due to excessive wear or fracture. In any case, veneers are usually done to several teeth at the same time. A veneer is essentially a porcelain cover for the front side of the teeth. The teeth are prepared very minimally so the veneers can be kept very thin. Once prepared an impression is taken and sent to a dental laboratory. The lab makes the veneers and sends them back to our office you are then asked to return to the office and the veneers are bonded onto your teeth. This is a rather long procedure that must be done meticulously to ensure a hermetic, long lasting seal. The result is often that “Hollywood Smile you have dreamed about! 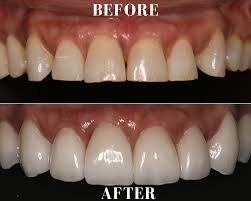 Most people have by now heard of dental implants or posts. They have been around now for nearly 100 years, though they have come to the fore in the United States only in the last thirty years. Dr. Satchwell and Dr. Burt are specially trained to place and restore dental implants to provide you with a dependable, natural looking solution if you are missing teeth. If you have adequate jawbone mass and density our doctors can discuss with you the possibility of placing implants that will replace a tooth, several teeth, or secure a denture. Imagine how it would be if you are a denture wearer to never again have to use that sticky, annoying, bad tasting denture adhesive!

Dental implants are simply tooth replacements that consist of a titanium-based screw-like anchor that is set into the jawbone where a tooth is missing. This is a minimally invasive procedure that allows the implant to be placed often at the same time a tooth is taken out. Once the implant is set into the bone, time is needed for the bone to grow tightly around the implant before a tooth crown or special denture anchor is attached to it. If a single tooth (or several teeth in a small area of the mouth) is being replaced, the crown (or bridge) that is attached to the implant(s) looks and feels like a natural tooth. If the implant is to be an attachment to stabilize a denture or partial denture, a small snap-head or O-ring ball attachment is attached to the implant. 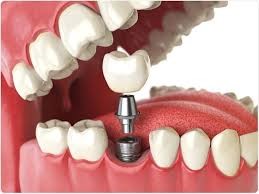 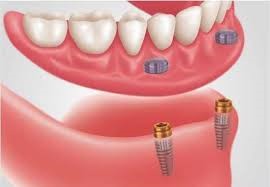 But what about the cost? Aren’t dental implants expensive?

The short answer is yes, but so are all other tooth replacement options. But dental implants are the longest lasting, most aesthetic, best functioning option as well. Think about this. If you choose to replace a single missing tooth with a dental implant you can expect within a short amount of time to be able to chew and eat anything that you normally would have been able to chew and eat prior to losing the tooth. You will have to do no additional things to care for it than you normally would do for a natural tooth. Additionally, the new implant with its crown will last much longer than any other option you have. The crown can wear out over time but that will likely be twenty to thirty years from the time of placement. Most will probably last much longer! If you replaced the missing tooth with a bridge rather than an implant, the bridge would fail much sooner, on average between 7 to 15 years after placement. Then you get to replace it again at the same cost (or likely higher) that you originally paid. It is highly probable the teeth holding the bridge on will need root canal treatments or, if they have decayed badly, they might need to be pulled. (Remember, an implant will never decay!) This means you will pay nearly twice the cost of an implant. And what happens if that bridge fails? You will then have to replace it again! You can see that in the long run, an implant can be a much more affordable option than a bridge, even though the up-front cost of a bridge might be less.

Send Us An Email Today! We'll Provide You With That Winning Smile!

Find us on the map

We look forward to hearing from you.